Skeptics. Antivaxxers. Antimaskers. Conspiracy believers. Why do we still have them in today’s technologically advanced world? A part of it, we believe is the lack of information or excessive information obtained from the internet. While pieces of information from the internet provide comfort at times, it may also provide uncertainties and skepticism. You might be reading facts or hoaxes. How do you decipher that? What are the tools that one can use to sort out facts against hoaxes and conspiracies? Fuel your brain with factual information from verified experts and professionals. Interestingly, we’ve found this article from Ponyter about 8 must-reads detail how to verify information in real-time, from social media, users. This article mentioned three different points that just make so much sense on verifying and delivering information from social media and internet:

I find it helps to think of curation as three central questions:

* Discovery: How do we find valuable social media content?
* Verification: How do we make sure we can trust it?
* Delivery: How do we turn that content into stories for a changed audience?

We say, when you read a certain content, compare it against a peer reviewed research or better yet, against a published book with references and cross references. Research is undeniably a great deal of work, but you can only discover the factual answers to your questions by verifying the source. It is very meticulous given that researchers and scientists alloted their time and effort to come up with data that were tested and peer reviewed. Sadly, these works are discredited due to propagandas and short-sightedness of internet users.

The goal of this article is to guide skeptics into finding out what is factual and fictional. In today’s world where our health is mostly at risk, it’s imperative to verify the information. While I’m providing you some links to videos and articles that may change your perspective, feel free to conduct your own research. In return, it may provide the readers a more appropriate choice that would benefit personally and intellectually. We’re not here to argue or prove who is more politically correct. We want to open your eyes as it has been blindsided with overflowing information that can be overwhelming.

We’re all in the middle of this COVID-19 storm. What do we really know about this virus and the vaccine? I’m attaching some verified sources that may help. Read and verify at your own risk.

So, as the vaccines begin to be procured and roll out from a scientific clinical trial, it fueled so much debates and arguments. But what do we really know about vaccines?

I found this video narrated by a professor from Harvard University.

And another professor from Cambridge University.

Understandably, some readings may be too much to fathom but this is the only way to quench your thirst for knowledge. If you have to negate the scientists, physicians, researchers and nurses’ advices, you might want to think it over. Everything around you is a product of enormous research by professionals through years of study and hard work. One who discredits these works are contradicting themselves.

After all, Daniel J. Boorstin once said, “ “The greatest enemy of knowledge is not ignorance, it is the illusion of knowledge.” 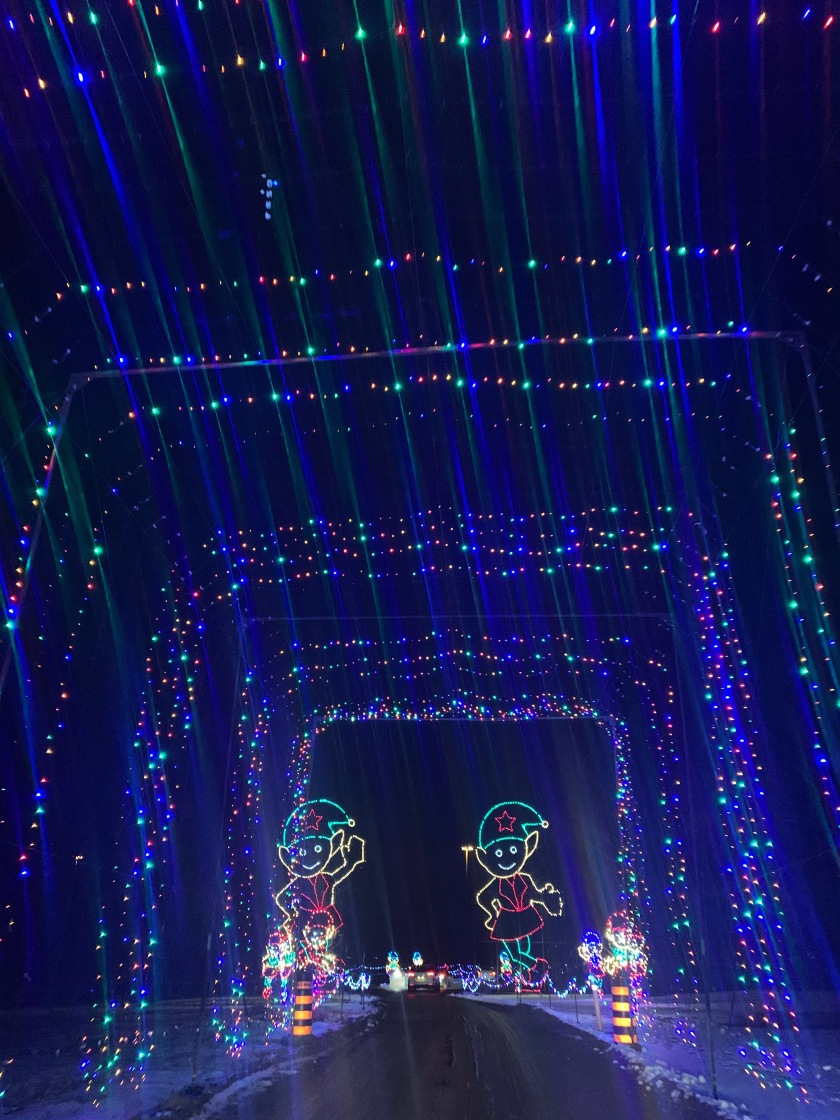 As we conclude 2020, we are hoping to wrap up the end of the COVID-19 era. An era that we never in our wildest dreams, will live to see and experience. Like most people, this year has brought me to a different terrain that was unimaginable especially in my career. When the news broke out that the virus has reached Canadian soil, I expected that it’s going to seethe and reach a boiling point. It was just a matter of time for it to spread and cause people to die like flies. I’ve seen it. I’ve experienced it. It was a horrific encounter and would not recommend to anyone.

As the vaccine begins to rollout, I am optimistic that somehow, this pandemic would end and our lives will go back to normal. This era has taught us numerous things that are important to our lives. We now understand and appreciate that our lives pre-pandemic era, was definitely secure and splendid. We have learned the importance of minute things that we choose to ignore because we’re too busy with our own everyday struggles. Moreover, we can appreciate the value of social connections and interactions as it was forbidden for awhile. Our human connections and bonds were strengthened. Our headspace transformed which forced us to reflect on our values as a human being.

Let us now shift our frustrations to something that is blissful and look forward to a better tomorrow. Don’t let the Grinch (COVID-19) steal our Christmas this year. We won”t let him! Sorry for the dramatic intro but I feel like it was appropriate before shifting gears. Haha! So, this week, I had a few days off and decided to check out Wesley Clover Park’s Magic of Lights Ottawa Show. It was truly a magnificent experience and a night to remember.

The show will run from November 13th, 2020 to January 9th, 2021, from 5:00 PM – 10:00 PM. Tickets are available online for $22 plus HST. You can also buy your tickets at the gate for $30 from Monday to Thursday and $35 from Friday to Sunday. Tickets are available here -> Wesley Clover Parks, Magic of Lights Ottawa Show. Now, if you’re looking to get away from the depressive mood of this year and start feeling the Christmas spirit, you should definitely check this out!

We also went to check out Ottawa’s famous Taffy Lane. This neighbourhood has traditionally been decorating their houses every year for the Christmas season. It’s one of the most famous streets in Ottawa during Christmas! You should definitely check this out and be amazed with their Christmas displays. The homeowners put a lot of effort into decorating their homes for everyone to see!

Watching the Netflix Series called The Surgeon’s Cut inspired me to write this piece. It was when it tackled Dr. Alfredo Quinones-Hinojosa’s story which captured my attention. Dr. Quinones-Hinojosa is a top neurosurgeon in Mayo Clinic who graduated from Harvard University. Dr Quinones is from Mexicali, Mexico and at the age of 19 years, has decided to cross the border to the United States of America. From his humble beginnings in Mexico, crossing the border to the USA without documents, working as a weed puller at a cotton field, a cleaner at a railroad to an excellent neurosurgeon, he is a force to be reckoned with.

As he pulled the weeds from the cotton fields, Dr. Quinones spoke to his cousin who also left school to cross the border and told him his dream, “I really want to go to school and learn how to speak English.” Dr. Quinones’ cousin said, “what are you talking about? What do you mean you wanna go to school? This is your future. All of us have come to this country. All of us have come as braceros, as migrant farm workers, and we work here and we’re blessed to have a job. And this is your future. You’re going to spend the rest of your life working as a migrant farm worker.” Those words reverberated into his mind. Hurt and still optimistic, he made a clear decision at that point not to look back at that moment and decided to move forward, no matter what. He left the cotton fields to work at a railway, became a welder and eventually became a supervisor. At the same time, he was learning English at a night school. During those times, there were legislations in the USA that allowed migrant farm workers to begin to work legally. By the time he went to Harvard Medical School, he was already in the pathway towards becoming an American citizen. He went from harvest to Harvard in less that seven years. The same hands that take tumors out of the brain from people from all over the world, are the same hands that were picking weeds from cotton fields not long ago.

As an immigrant myself, I’ve encountered arduous challenges when I immigrated to Canada. Immigration teaches you a skill that you seldom learn in school: resilience. One of the greatest challenges that an immigrant needs to conquer is to learn to believe in one’s self. Sometimes we encounter moments that makes us feel inferior to the rest of the world. We would always encounter such questions as, “Where are you from?” And one will say proudly, “I am from this or that,” and then you will get a reply such as ,“Oh, you’re from ________?”, “You speak good English!” or “You’re way too smart to be a ______.” These remarks oftentimes are very stereotypical questions and are impactful to other people. Not that we’re being too sensitive, for that matter. We are already struggling to adapt and adjust to a new country, we don’t need such tactlessness. What we really need is understanding that our culture is different from others, we are trying to learn the language and we are working towards pursuing an opportunity that happened to knock our doors and brought us to another soil. But that’s not always the case, brace yourself because these remarks can be a part of your daily lives. Never flinch.

While everyone tries to find their way into figuring out what they want to do when they landed in a new country, self-awareness is imperative. First, organize yourself as to what goals you are hoping to achieve for long term. Most of the time, we get sidetracked from our goals because we are in so much awe with our new environment and that alone limits our full potential. We can bounce from one job into the other, making more than what we’re earning from our country of origin but these are just minor accomplishments. In the long run, working two to three jobs could be exhausting with the addition of family responsibilities. It is not sustainable. Set yourself into planning for a long term career and cultivate community connections for tips and tweaks on how to be successful in a new country. Lastly, embrace gratitude and don’t forget your roots. Remember, you only get this opportunity once and it’s up to you to make the most out of it. Never flinch at any criticism about who you are or where you came from. Instead, utilize it as a tool to achieve those goals and keep on moving forward. We can’t change the fact where we came from, where we grew up, that some time ago, we had to work in the fields and start off with humble jobs to get by. However, we can change our future and work with our humble experiences to conquer the world.

So, what’s your story?